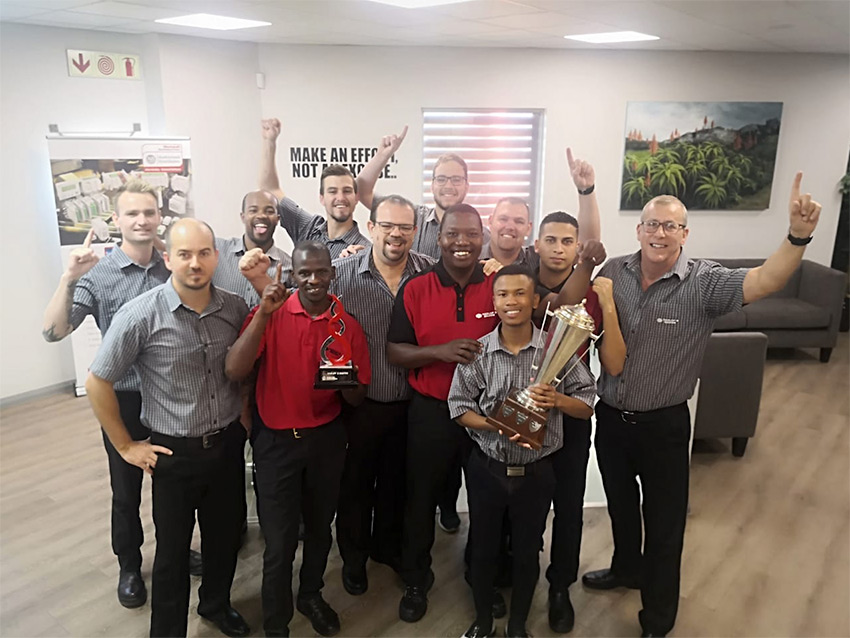 A massive effort on the part of the Haslop & Mason team resulted in the Eastern Cape company netting the prestigious Rockwell Distributor of the Year for Southern Africa award at the annual Rockwell Automation Partner Conference held in Gauteng in December 2019.

Rockwell Automation, a New York Stock Exchange-listed company, is an industrial automation and information technology company which employs over 23,000 staff and has customers in more than 100 countries worldwide. A Fortune 500 company, it reported fiscal year 2017 global sales at US$6.3 billion, according to Wikipedia.

Present at the ceremony to accept the award was managing member Kevin Dersley who said that he was very proud to represent the team.

"I had absolutely no idea that we would win. The Eastern Cape, being one of the poorer provinces, does not usually do well in sub-Saharan events," Dersley said.

The award is based on sales growth in all business units, staff competency, staff and customer participation in training and upskilling, distributor participation in local and global events - such as the recent Rockwell Automation Fair held in Chicago in November 2019 - loyalty to the brand, as well as marketing strategy and approach.

All authorised Rockwell suppliers in the sub-Sahara region were eligible to win the award.

Dersley said he was "very surprised" when Haslop & Mason's name was announced, but also very pleased.

"The team - and not just sales - worked very hard for this. It is great to receive recognition for our efforts as a group. Everyone played a role, from top management to people on the floor. For the award to go to a small company from the Eastern Cape makes receiving it just so much more satisfying," he said.